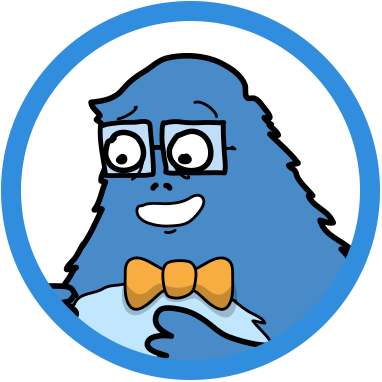 The Awkward Yeti and all of its work are authored and illustrated by cartoonist Nick Seluk. It was his dream since he was a kid to be funny, and someday he hopes to be. His New York Times Bestselling series Heart and Brain has brought popularity to the Awkward Yeti on social media, and he now copes with the pressure of trying to entertain millions of fans online.

In 2018, his first children’s book was published by Scholastic, titled The Sun is Kind of a Big Deal, the first in a 3-book series. You can find it in book stores and Scholastic fairs in schools.

Nick lives in Michigan, which has super big lakes surrounding it. He enjoys thinking about running, not actually running, and mostly doing nothing.

Contact The Awkward Yeti for questions, comments, compliments, licensing or other business-related stuff.

Questions about an Order:

If you have any issues or questions related to an item from theAwkwardStore.com, email store support directly – do not use this form. Be sure to include your order number. If you placed an order via another site like Teespring or Amazon, you will need to contact that company for assistance.

If your publication is completely not for profit, you may use my web-based comics any time, as long as my URL is still the primary attribution on the image. For web use, please link back to theawkwardyeti.com. If your publication is for profit, please include your distribution info for a quick quote. If you work for a major media site and want to share my comics to drive traffic (i.e. in exchange for ‘exposure’) I am willing to work with you as long as I’m properly attributed with links to my site, store, book and social media sites.

Where can I get your books and other products?

Heart and Brain books are available on most Amazon sites, BN.com, bookdepository.com (for those outside of the US), and in stores throughout the US and Canada (check indiebound.com for local Indie bookstores). All of my products are sold directly through theAwkwardStore.com

If you would like to discuss paid commissions, licensing, or other business opportunities please describe the project and budget in as much detail as you can. For product related inquiries such as wholesale, distribution and bulk orders, use the store contact form.

I’m not currently attending events, for obvious reasons. However, you might catch me on Friday nights at 10pm ET on the Fowl Language Comics Drink and Draw (for adults) on Facebook.

There is no form selected or the form was deleted.

Comics, animated shorts and games from the Heart and Brain of cartoonist Nick Seluk.